The Flammarion Engraving: Inspiration for The Invisible College Trilogy Covers 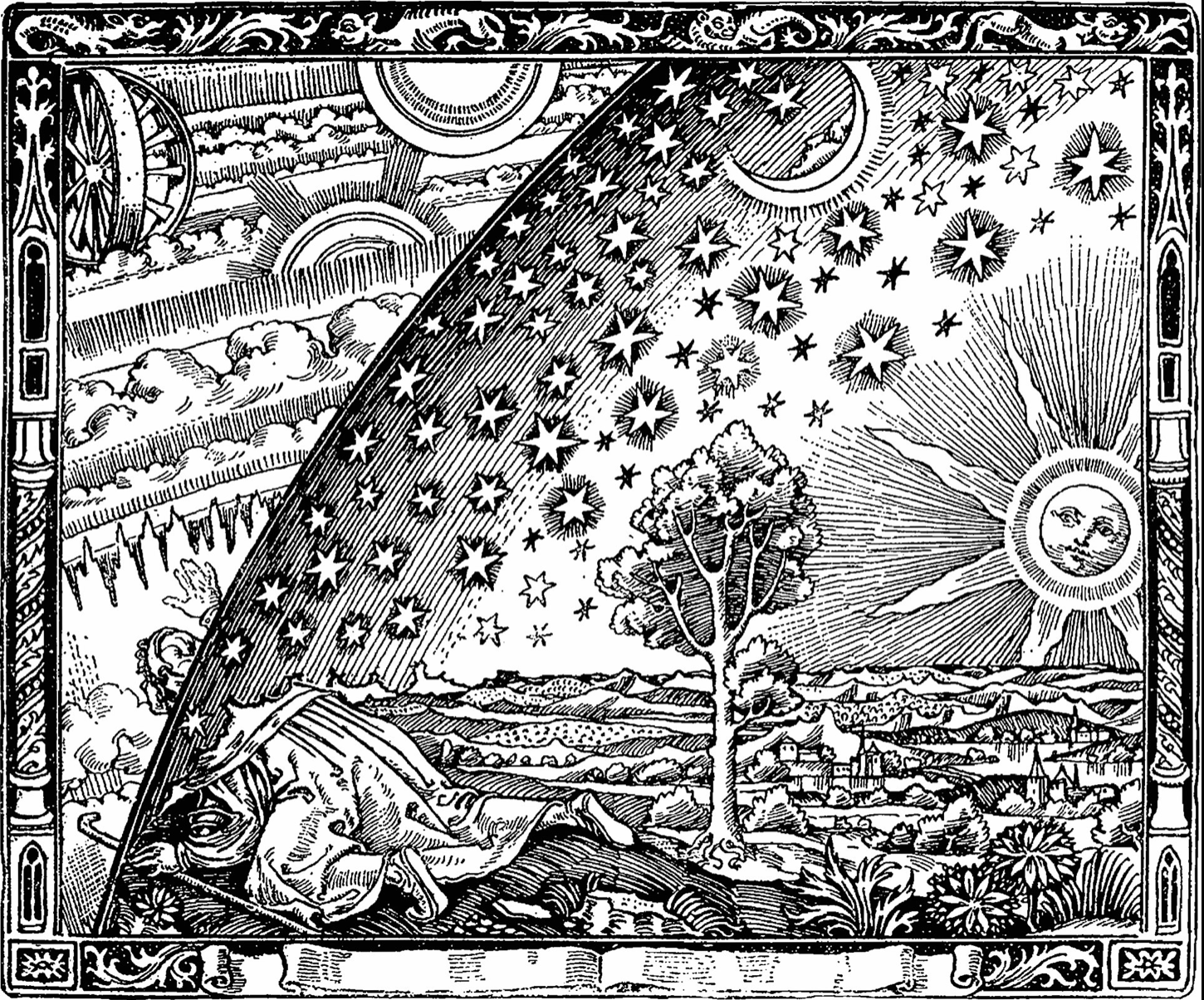 The inspiration for the background of the covers of my The Invisible College Trilogy.

According to Wikipedia, ‘the Flammarion engraving is a wood engraving by an unknown artist that first appeared in Camille Flammarion’s L’atmosphère: météorologie populaire (1888). The image depicts a man crawling under the edge of the sky, depicted as if it were a solid hemisphere, to look at the mysterious Empyrean beyond. The caption underneath the engraving (not shown here) translates to “A medieval missionary tells that he has found the point where heaven and Earth meet…”‘